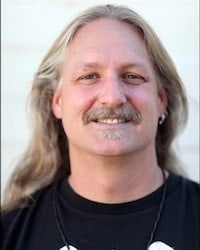 Join me as I interview guest, John Winger, bass player for local Placer County rock and blues band Lightning Hand and Home Grown Sounds, and practicing Druid. John shares his viewpoint about the Druid faith and the practice and belief system of Druidry.

Synopsis: A Druid Primer. The faith and practice of Druidry.

We also discuss the history, myths, and misconceptions of Druids and their faith including the history of animal sacrifice and ritual killings in early religions, and a discussion about the myths of Druids and the Dark Arts or Satanism. In addition, we address the reality of Druid practices, beliefs, and celebrations including whether Druids are monotheistic or polytheistic, what types of rituals Druids perform, whether Druids believe in the Afterlife and reincarnation. Do Druids have believe in Creationism? Do Druids use Divination? What kind? What’s the deal with Druids and Stonehenge? Are Druids the original Green Movement Environmentalists? Find out about Druids in balance with Mother Earth and Nature.

If you have questions for John, you can email him at: druid.yolanus (at) gmail.com.