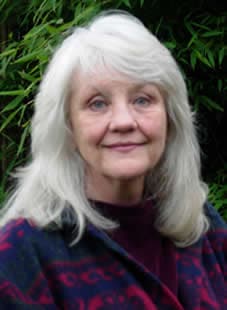 Margaret Branch, Ordained Minister and Metaphysical Counselor, joins me to discuss forgiveness. What it means, why it’s so difficult for some of us to do, and how we can learn this vital skill to heal ourselves and our planet.

Forgiveness – what does that really mean?

DEFINITION OF FORGIVENESS:
Forgiveness is typically defined as the process of concluding resentment, indignation or anger as a result of a perceived offense, difference or mistake, and/or ceasing to demand punishment or restitution. …en.wikipedia.org/wiki/Forgiveness

Mahatma Gandhi said, “Hate the sin, love the sinner.” Jesus had the same message. And “The weak can never forgive. Forgiveness is the attribute of the strong.”

When I hear the word forgiveness… I think of someone apologizing to me or I think of me apologizing to someone else for some real or perceived hurt or transgression and the apology is hopefully accepted. I also the about Jesus and Ghandi teaching us to turn the other cheek. And I think of those who are the least deserving of forgiveness…… How do we forgive them? I think of all the emotion involved around forgiveness. A sense of betrayal, heart break, anger, resentment, and hate, all wrapped up in  “guilt sandwich.”

What are the health consequences of not forgiving?

Why is it easier to not forgive?

What are the benefits of forgiving?

What are some different philosophies of forgiveness?

The trouble with traditional forgiveness…

The fallacy of radical forgiveness…  There’s an idea or philosophy circulating widely currently – an idea of radical forgiveness. On it’s surface, I think there are some merits, but I personally find the concept simplistic and narrow. Perhaps I’m misunderstanding something and perhaps that’s a topic for another podcast, but I want to touch on a couple concepts because it kind of falls under the same mantra I have heard before with the concept of the Law of Attraction…

Radical forgiveness, as I understand it, has the following basic premises…  1) that “seen from the spiritual perspective, nothing wrong has ever happened, so there is nothing to forgive” 2) that “Our Higher Selves attract others into our lives so we can play out the drama of separation for each other” 3) that the first step in Radical Forgiveness is taking responsibility for creating the situations we’re experiencing by saying, “Look what I created!” when something is happening to us.

The simplistic idea that we’re drawing certain people or situations into our lives in order to see that we are all interconnected and connected to a single Source is fine on the surface. For certain situations I would even say that’s true. But these three premises are at least very offensive and ignorant, and at worst damaging to actual victims of say a violent crime, for example. These premises re-victimize an individual by indicating that the traumatic event he or she was forced to endure didn’t really happen at all – “it’s all in your head” or worse, you’re bringing this into your life because your Higher Self needs to learn a lesson or heal a core issue. I don’t think a child being raped by a pedophile is supposed to say, “Look what I created!”

There are many things that happen in life over which you simply have no control. Recognizing and accepting that is radical and transformational.

This next series of questions have been at the core of my personal struggle. My first conscious recollection of inappropriate adult behavior is age three. Subconsciously there are buried memories of inappropriate behavior or abandonment issues from infancy. The result of my wounded inner children are troubled interpersonal relationships, attachment issues, trouble bonding, abandonment issues, constant underlying sadness, and anger.

I am able to forgive most of the (ir)responsible adults related to these events, except for one. I’m having trouble with the forgiveness because this individual has no remorse, no tears, no acceptance of responsibility. This person is a sociopath/psychopath as determined by the DSM-IV.

Some philosophies of forgiveness propose that I’m supposed to make believe that this person is sorry and make believe that he didn’t mean to do what he did – but the problem is I can’t do that because he did know what he was doing – repeatedly – and doesn’t care.

I understand on a logical level that I need to forgive for my own sake – to heal and move on. I’m just not there yet.

I am currently struggling with the “signature energy” of repressed anger and I understand that forgiveness work should help me reprogram my thinking and heal my subconscious to no longer trigger inappropriate responses to current events. I have a lot more work to do here. It seems somewhat overwhelming but I’m determined not to give up.

And before I ask the questions… here are a few quotes that I found helpful…..

Luke 17:3 – If your brother trespasses against you, rebuke him and if he repents forgive him.

Forgiveness does not always lead to a healed relationship. Some people are not capable of love, and it might be wise to let them go along with your anger. Wish them well, and let them go their way. — Gordon Atkinson, aka Real Live Preacher. Weblog, July 7, 2003

It really doesn’t matter if the person who hurt you deserves to be forgiven. Forgiveness is a gift you give yourself. You have things to do and you want to move on. — Gordon Atkinson, aka Real Live Preacher. July 7, 2003

How do you forgive?

How do you forgive someone who doesn’t care or want to be forgiven?

How do you forgive someone who is a sociopath or psychopath, as defined by the DSM-IV?

How do you forgive serial killers, rapists, murderers, pedophiles, or those truly without a conscience, etc.?

How do you forgive yourself?

Discussing the important differences of forgiving others vs. forgiving yourself.

Margaret Branch, Ordained Minister and Metaphysical Counselor, specializes in Inner Child Work, Dream Work, finding your Soul Purpose, and the Law of Attraction and Abundance. If you are interested in following up with Margaret for a counseling session, you can reach her on her website at: http://www.margaretbranch.com/Home_Page.html. Or by email: marbranch (at) juno.com.

This article and podcast were originally published on my site Spiritual Lucidity.