I’m really excited about tonight’s guest, Sean Mahoney. This should be a fun show. 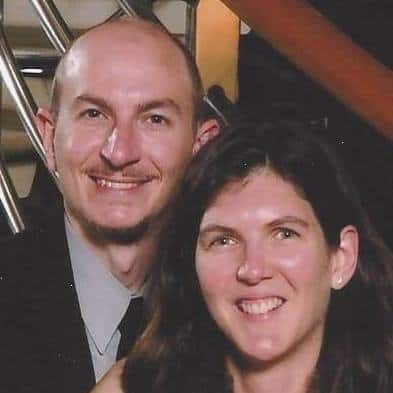 If you’re into ghosts, hauntings, remote viewing, the paranormal, and all things psychic — stay tuned because tonight a left-brain, skeptic and engineer shares his life-changing experiences and some events that opened him up to an entirely new awareness.

About a year ago, I was doing some research for Paranormal Insights, an award-winning television show that I co-host with Joseph Ernest Martin. I made a post on reddit asking for input on what makes a great Paranormal TV show.

Sean answered my post brilliantly and then shared a little about himself, and after reading his story, I knew I wanted him to be on my show to share his amazing experiences with Transpersonal Radio listeners.

As I mentioned, Sean is an engineer — and has always been interested in the paranormal, but — he says — “it is the how’s and the why’s that really fascinate him. If something is, how does it work and why?”

Sean says he “sort of got thrown into the paranormal a few years ago when his first daughter started to act as though she was aware of things he and his wife were not.

Sean says, “Suddenly those hypothetical situations we would watch on Ghost Hunters became very real and we didn’t know what to do.”

He further explained, “I started to investigate what my options even were and came upon a psychic’s website that said all you needed to do was meditate on the intention of becoming more aware in order to do so.”

Sean said he was a bit skeptical and also a bit afraid.

What if he started seeing things?

Did he really want to open that door?

It didn’t take long before Sean started having experiences of his own. He was getting flashes or impressions of things that would happen in the near future.

Sean admitted that even though he was getting what he was asking for, it started to freak him out because part of him still didn’t fully believe what he was experiencing was possible.

And… what does it all mean?

If you’d like to reach out to Sean to discuss what Sean shared with us feel free to email him at: srmahoney007 [at] gmail [dot] com.